Crypto exchanges that don’t follow the rules are seriously dealt with by India’s law enforcement authorities.

One of the biggest crypto exchanges in India has been raided by agents of the country’s Enforcement Directorate. The raid was due to a money laundering probe to monitor 365 instant loan apps.

As per the official report, five offices linked to CoinSwitch Kuber have been forcibly searched in connection to the probe.

The report also mentioned possible multiple violations against FEMA or the Foreign Exchange Management Act. This law regulates all incoming and outgoing transactions from India.

The recent raid is suspected to be part of the Directorate’s investigations on several other companies. WazirX, also a well known crypto exchange in India, has also been raided earlier this month.

The agency stormed through five locations tied to WazirX and subsequently froze all their assets. All $8.13 million to be exact. The directorate accused WazirX of money laundering with the evidence being their connections to anomalous instant loan apps.

The Enforcement Directorate investigated the P2P transactions between accounts and other details of Coinswitch Kuber.

The investigation led to key documents pertaining to inflated liquidity and very relaxed know-your-customer  (KYC) protocols in CoinSwitch Kuber. According to a report from Economic Times, the probe found that their KYC protocols are “bogus or dubious in 80% of the cases.”

These raids are part of the ongoing investigation of ten crypto exchanges being linked to money laundering charges. However, the exchanges have also claimed that they are following current KYC laws despite not creating an STR or suspicious transaction report. 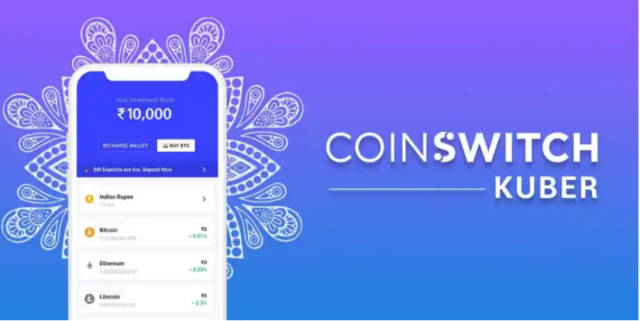 The agency’s interest in these instant loan apps came from the policies of the 365 instant loan apps that are being investigated. They often charge very high interest rates and they also often do through so-called “tele-callers.”

With this in mind, the agency also shared their alleged modus operandi. Once the loan app takes notice that they are under the radar, they use the exchanges to move the money out of the country.

They move it by buying crypto through these exchanges and transferring the crypto to another account. Most of these alleged laundering accounts are often located in mainland China.

The future of crypto seems very dim in India as the ED continues its investigations against 10 of the most popular exchanges in the region.

On a positive side note, even when these raids occurred, crypto still has a large user base in India.

The Telangana province of India has launched the India Blockchain Forum. This forum is aimed at making India the center of Web 3.0 development in the world.

Exclusive! The late Sawaan Kumar Tak’s final interview as he talks about Souten and Rajesh Khanna