Farfetch is the most recent premium fashion brand to experiment with digital currencies. Later this year, the luxury apparel business will begin taking bitcoin payments on its marketplace.

The cryptocurrency payment feature will be tested at luxury boutiques across the European Union before being extended out to the United States, Europe, and the United Kingdom.

Cryptocurrency is “digital fiat” whose value and transactions are validated cryptographically, as opposed to a central monetary authority. They are viewed as an alternative to the conventional banking system.

Seven cryptocurrencies, including Bitcoin, Ethereum, and Binance Coin, will be available at launch. The rollout follows a successful trial of the new feature with Browns, a retailer owned by Farfetch, and a selection of Off-White’s items.

Farfetch:  A Premier Player In Luxury

Farfetch’s revenue reached $1.7 billion in 2020, up 64 percent from 2019. The company has been gradually digitizing the fashion industry, operating as a distributor for labels and providing them with white-label e-commerce capabilities.

The French luxury conglomerate LVMH Louis Vuitton SE controls 60 percent of Off-White. The company is operated by Milan’s New Guards Group, which is a Farfetch subsidiary. 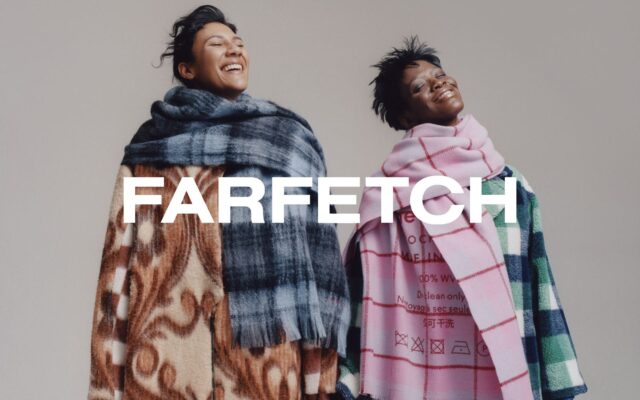 Farfetch stated that the POS terminals will enable in-store transactions that permit users to access their cryptocurrency wallets and make payments by scanning a QR code.

As an alternative to conventional payment methods, merchants throughout the globe are increasingly accepting digital money as a means of payment.

Some 85 percent of business owners surveyed in a recent study believe that cryptocurrencies as a form of payment would be universal by 2027.

“This was an important step to test and learn, and we are thrilled to share our technical and service expertise with the community.”

In recent months, luxury goods and fashion companies have gravitated toward cryptocurrencies. Luxury auction houses such as Christie’s and Sotheby’s accept crypto assets as payment.

“As a platform firm, we are always developing to serve as the luxury industry’s bridge to new technologies and settings where luxury customers are today,” Neves said.