From cryptocurrency to space. That’s how technology evolves these days. And this billionaire is surely not just taking a shot at the moon.

The co-founder of Ripple is currently recruiting a team of engineers and business executives to explore an entirely new sector of space.

Jed McCaleb, a pioneer in crypto and blockchain technology and the current CTO and co-founder of Stellar, has an ambitious idea that might put him in the same league as Elon Musk and Jeff Bezos in the space exploration industry.

McCaleb announced the launch of his new space venture, Vast, on Monday. The company’s goals include constructing human space settlements. 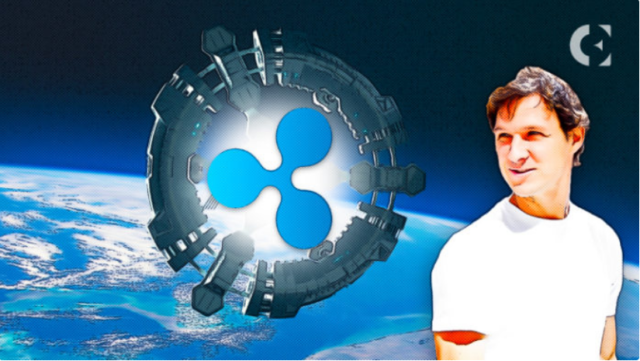 McCaleb created the space habitation startup in 2021, and it will be responsible for erecting the first artificial-gravity space station, allowing people to live and work in space.

According to reports, one of the goals of Vast is to “allow a future in which millions of people live throughout the solar system.”

McCaleb and his team of space experts are evaluating a high-risk business plan, but because the International Space Station may “hang its jersey” by 2030 and NASA is refocusing its priorities on the Moon, a slew of companies are raising capital and illustrating on their drawing boards initiatives for self-sustaining private ecosystems in low-earth orbit.

“I have always believed in using technology to minimize inefficiencies and enhance the human situation,” McCaleb stated, adding that “we must develop technologies that perfect sustainability” in order to increase human habitation outside of the Earth.

On Crypto And Exploring The Vast Space

McCaleb is the creator of Magic: The Gathering Online Exchange, a popular website for trading cards. In 2011, this website was reconfigured as a Bitcoin exchange and renamed Mt. Gox.

Pioneering the world’s first #artificialgravity space station, #Vast is excited to announce our mission to expand in-space capabilities by enabling scalable solutions for humans to live and work in space.

In early 2014, Mt. Gox abruptly halted operations following accusations that it was involved in the loss and theft of hundreds of thousands of Bitcoins worth hundreds of millions of US dollars.

McCaleb left Ripple Labs in June of 2013 and went on to establish the Stellar Development Foundation in 2014. He is also the founder of Astera Institute, a nonprofit organization dedicated to research in science and technology.

“The solar system has an enormous quantity of resources. If we had access to these resources, our civilization could flourish while preserving the planet,” he remarked.

Forbes estimates that McCaleb’s net worth as of 2022 is approximately $2.5 billion, despite the fact that analysts are unsure where the additional funding for Vast’s new space station project was sourced from.

Chicago Bears Q&A: Was Cole Kmet’s Week 1 utilization a results of the depressing climate? When will Lucas Patrick be capable of play middle?

Business Plan Vs Improvisation: How to Achieve Success as Entrepreneur

Exclusive: Soumendra Padhi on Jamtara; “People are intrigued by…

Gutter Editing and the Uninflected Shot